From the history of Belyaivka

Through the territory on which the station Belyaivka now resides, for many centuries an important land route "from the Varangians to the Greeks" passed. However, for the same reason, these places were uninhabited for a long time.

"Muravsky Shliakh" ("shlyakh" pierced by the Tatar khan Muraf, according to another version: from the word "Murava" (grass), as it passed through the vast meadows of Slobozhanshchina) - the shortest road connecting the North with the ports and salt mines of the Crimea. The path by which the caravans always moved.

This way passed along the ridge of the watershed of the rivers, where the differences in altitudes are minimal, or along the gentle banks of the rivers.

Salt is an indisputable product of first necessity, and first of all it was delivered along this path from the north of the Crimean peninsula.

It is noteworthy that such a road exists at the present time. This road Pavlograd - Lozovaya - Merefa - Kharkov, passing between the rivers Orelk and Bereko, through the present Kharkov region.

From the beginning of XII for five centuries, the route was a well-trodden road for small and large hordes of Tatar bandits. And everyone, caught in their way, was a welcome prey. In such conditions, it did not make sense to settle near such a dangerous place. Like the entire left-bank territory of Ukraine until the XVII century, these places were called the Wild Field (Gulyai-field).

In the middle of the XVIII century. the territory of the Northern Black Sea Coast and the Steppe Ukraine  was divided between two warring states - the Russian Empire and the Ottoman Port. Because all civilian new buildings were destroyed in the course of military clashes between the Tatars, Nagais, Ukrainian Cossacks and the Russian troops stationed here, during this period only fortresses, relays and redoubts were built, before which the task was to prevent the further advance of the Tatars and Turks deep into the territory, and also control the movement Zaporozhye Cossacks.

It is for this reason along the rivers Berestovaya and Bereka in 1731-1735 that the built the Ukrainian fortified line, which was to cover the Left Bank and partially Sloboda Ukraine. The length of the Ukrainian line reached more than 285 km. On the line were built 16 fortresses and 49 redoubts. Fortresses were located one from one at a distance of 20-30 versts. The line had 180 guns, 30 mortars and howitzers. At the head of the Ukrainian landlitice corps, which consisted of 20 regiments, stood the general - lieutenant-general, 2 major-general, 2 brigadier in the rank of colonel.

The ramparts, redoubts and fortresses of the Ukrainian fortified line have been partially preserved to the present day. The closest to the station Belyaevka Mikhailovskaya fortress is located at a distance of 14 km. When the main fortresses of the line were relatively completed, 9 families of lance-merciless regiments settled in them, 5 of which were mounted. The remaining 11 "unsettled" lance-merciless regiments were stationed near the Ukrainian fortified line

The Ukrainian line lost its strategic importance during the Russo-Turkish War of 1768-74, due to the weakening of the Crimean Khanate and the movement of Russia's state borders to the south. The territory along the Ukrainian fortified line, including today the Pervomaisky district, where the settlement Belyaevka is located, began to be populated.

Since 1745, the retired landlords were offered to settle on lands near the fortress line, with the return to a single-estate estate. And it was also proposed to resettle the families of those landlords who served in the fortresses. The settlers were given a strip of land 20 versts wide along the line.

After the liquidation of the land militia regiments, the former landlords joined the Bug and Dnieper pikemen regiments. And since 1784 they, with the light hand of Prince Potemkin, were transformed into the Yekaterinoslav Cossack Host. 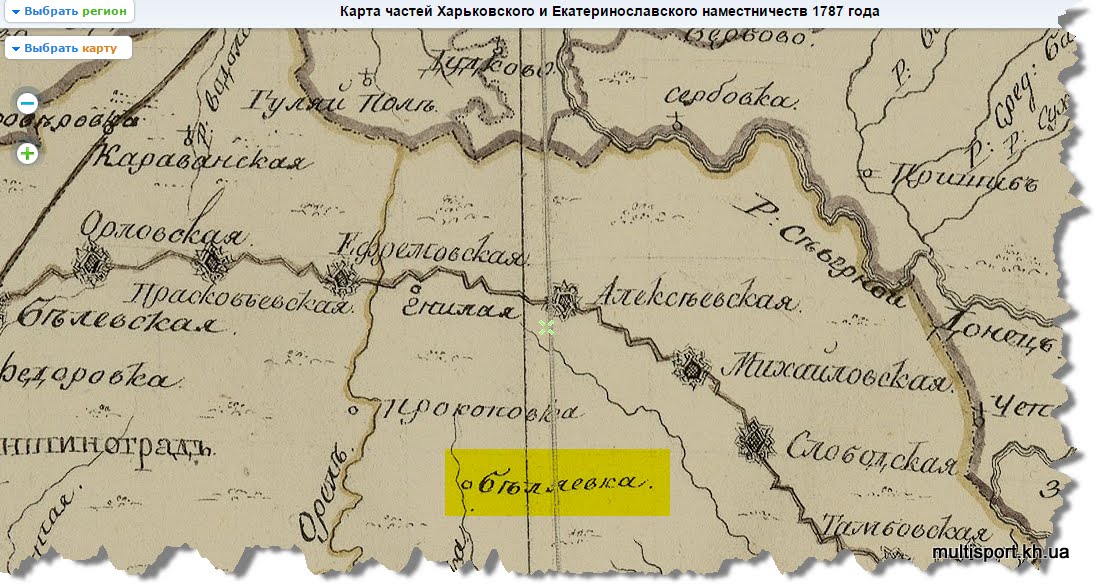 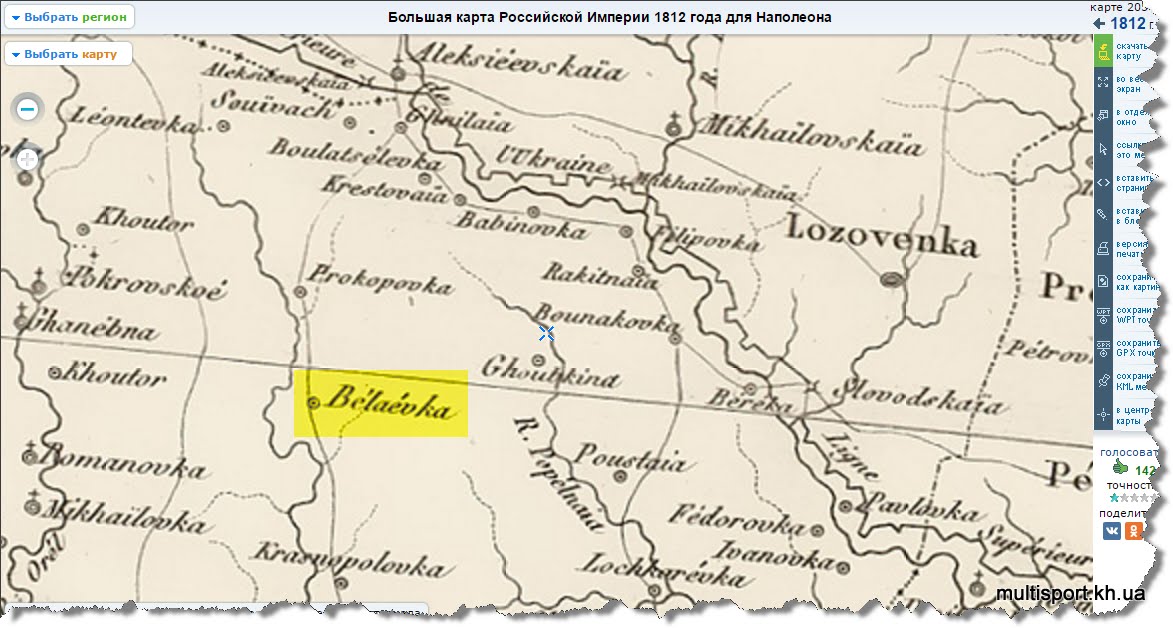 And only in 1825 by the decree of Emperor Alexander I, part of Pavlograd district (including Belyaevka) went to Zmievsky district of Slobodsko-Ukrainian province.

The village of Belyaevka was the estate of Ivan Semyonovich Belyaev, a centurion of the Ekaterinoslav Cossack Army, and his brother Alexei - a collegiate assessor.

In 1869, from his estate IS. Belyaev sold the land for the construction of the Kursk-Kharkov-Azov Railway. The half-station, built in August of the same year near his estate, was named - Belyaevka.

The initial infrastructure of the sub-station (water pipeline, relocation, switch posts) was built and serviced by exiled convicts, brought from the northern regions of the Russian Empire. So far, the Orenburgskaya street, where their hut was standing, is called in the common people "Siberian farm".

According to the provincial register in 1903 in Belyaevka there were 3 courts. However, there was everything necessary for fueling locomotives with water, wood and coal,

Water for refueling the locomotives was served from a stake in the Plisova girder along a specially constructed water conduit. There also stood a pumping station on oak piles.

We can assume that before 1917 the main customers of cargo transportation at the station Belyaevka were merchants and trading agents who bought grain and livestock at a fair in a large commercial village Zakupnevka (Zakutnie Khutora).

After the revolution, part of the land that stretched along the railway and the station Belyaevka was undeveloped, because the Kharkov regional land department transferred this plot of land in 1921 to the Kharkov cable plant for subsidiary farming. For the cable plant, the subsidiary farm was not an ordinary one. There were no specialists in agriculture and, naturally, the economy was unprofitable. However, the basis for development in the economy was available. On the site at that time there was an apartment house and some farm buildings. That's why the delegation of the future communards from the village of Levkivka of the Izyumsky Uyezd, who was selecting a site for the founding of the commune, settled on the choice of this particular plot, as well as the adjacent lands of the former landowner Shreider and the tenant Belomzhinsky. So in 1925, the commune Sudanka (now Sudanka) was founded four kilometers north-east of the railway station Belyaevka SZD. Already by 1928, the commune Sudanka (abbreviation of the Union of Ukrainian Friendly Artel of the Impossible Peasant Asset) was a show business and merged with the commune Nove zhittya, located near Petrovka, next to Belyaevka.

In June 1941, the Great Patriotic War of our people began with the fascist-German invaders. October 20, 1941 German troops invaded the territory of Alekseevsky (now Pervomaisky) area. The years of war and occupation of Belyaevka are connected with the tragic events in the life of the village. Many Belyayevites went to the front and did not return, having folded their heads on the battlefield. From here the Hitlerites took young men and women to work in Germany. The buildings in Belyaevka and surrounding villages were destroyed and burnt, the Germans shot civilians and prisoners of war. Funnels from explosions of air bombs can still be seen along the railroad tracks at the entrance to the station.

On September 14, 1943, the 228 rifle division of the 34th Infantry Corps of the 1st Ukrainian Front, having broken the stubborn resistance of the enemy, seized a number of settlements of the Alekseevsky district, including Belyaevka. The dead soldiers liberating Belyaevka rest in a mass grave near the station. In total, 25 people are buried in the grave, the names of 19 of them are unknown.

A few facts from the life of Belyaevka.

The population of the settlement Belyaevka is 677 people (according to 2001 data).

On the territory of the village there are a secondary school, a kindergarten, the Sudan village council, a family doctor's outpatient clinic, a post office, a branch of a savings bank, three shops, a cafe.

In 2005, a gas pipeline appeared in the village and gasification of the households of the residents of Belyaevka began.

Communication with the outside world to residents of the village Belyaevka helps to implement the local automatic telephone exchange "Ukrtelecom" and two towers of cellular communication.

Since 2004, Belyaevka is the motherland and the capital of the Slobozhansky Duathlon.

Every year in the middle of June, the Kharkiv region's duathlon championship is held here, for which athletes from not only Ukraine.

Duathlon - continuous competition in the running, bicycle race and again running at different distances. Some athletes, for whom the competitions in Belyaevka were the debut in the duathlon, later became champions of the world, Europe, Ukraine in this sport.

Belyaevka is located on the watershed of two great rivers.

On the northern outskirts of Belyaevka you can drink from a spring whose waters flow into the Dnipro basin river.

On the southern outskirts of the village you can see the source of the stream carrying its waters to the Don basin river.

N. Maharramova, A. Paramonov. From the history of the noble family Likhachev.

A. Paramonov. Sloboda Alekseevka is the largest trading village of the Kharkov province.

V.I. Posashkov. A story about the history of the village Sudanka.

Articles and personal archive of the Panov Yevgen 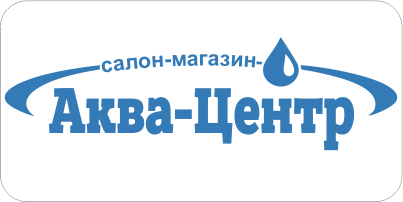 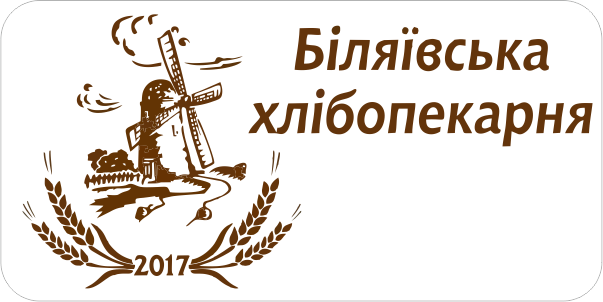 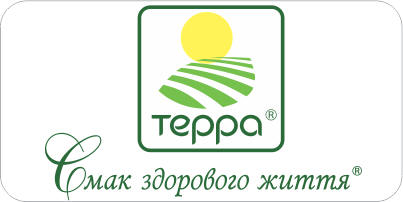